Dice de Chocobo (ダイスdeチョコボ) is a video game originally released in 1999 for the PlayStation in the Chocobo Collection. A new remake for WonderSwan Color was announced in September 2001, but it was later cancelled. The project was finally remade for the Game Boy Advance in 2002 and given the title Chocobo Land: A Game of Dice. Squaresoft even released a brief trailer at TGS 2001 and had a page on their official site: Dice DE Chocobo for Wonderswan archived page. 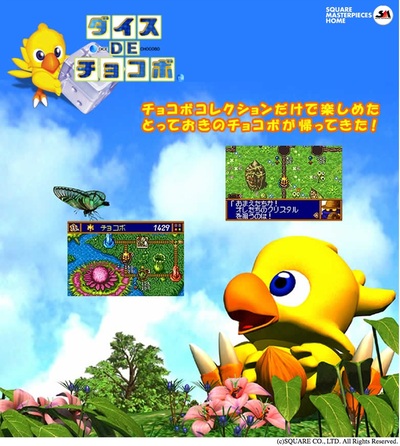