At Spring TGS 2001 Namco announced three brand-new games for Bandai’s WonderSwan, all of which used the new add-on shown for the first time at that event (like Magic Formation WARS and Super GPS Pac-Man). One of these games was tentatively named Let’s Play Golf (やったつもりでゴルフ).

As the name suggest it is a golf simulation with the peculiarity to use the GPS add-on to create new courses based on your surrounding. Another interesting feature was the presence of an accelerometer inside the cartridge that enable the player to swing using motion controls. The game was never released for unknown reason though we can speculate that the cancellation of the GPS add-on hurt the project’s chance to be distributed. 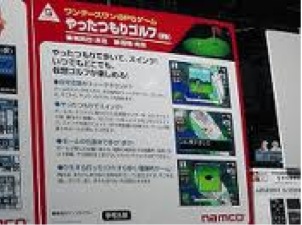 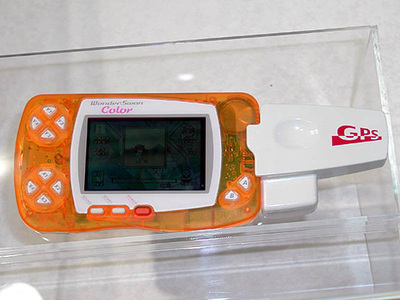 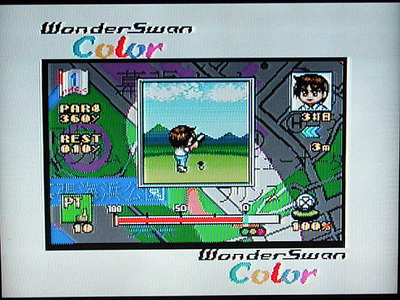